Your Passport and Guide to the North Country 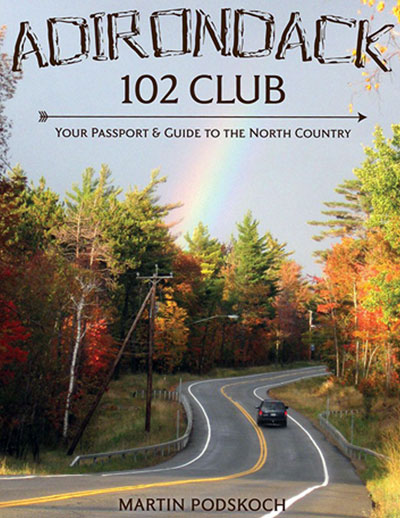 Inspiration For The Travel Guide

The idea for the Adirondack 102 Club: Your Passport and Guide to the North Country began after Martin Podskoch read about Dr. Arthur Peach’s story in Vermont Life magazine suggesting an informal group, the 251 Club, “to discover the secret and lovely places that main roads do not reveal.” He felt that every part of Vermont had its beauty, history, attractions, traditions, and interesting people. Podskoch stated in the book’s introduction, “Since 2001, I traveled to all of the 102 towns and villages in the Adirondacks gathering stories for my five books on the Adirondack fire towers, the Civilian Conservation Corps camps, and Adirondack lore. In my travels people have taken me in for the night and shared their home, food, and stories. I have met so many wonderful people and seen so many interesting places that I want to share my experience. 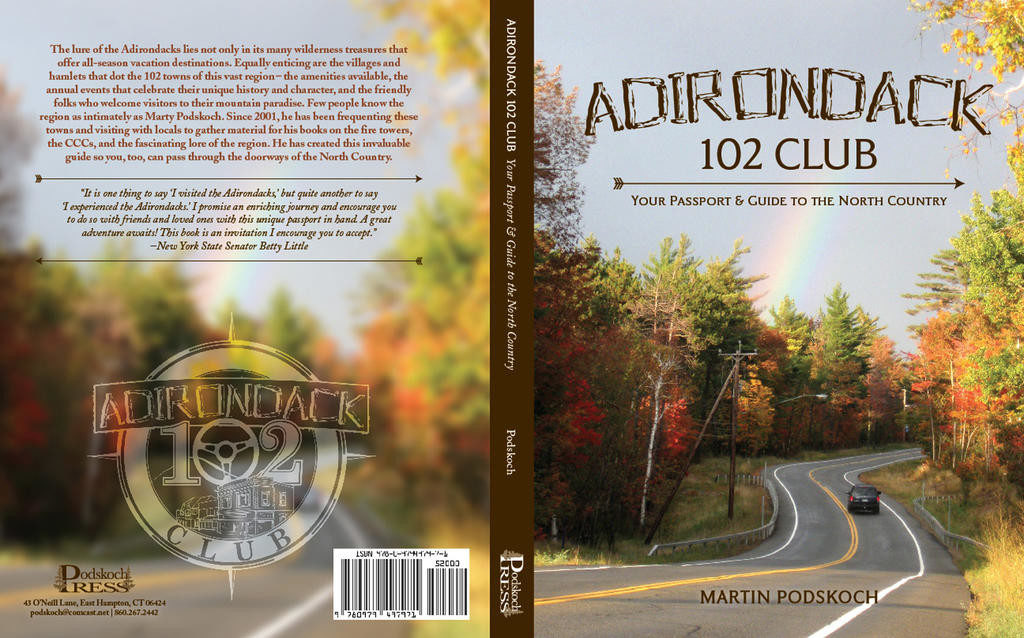 To visit Russia, Peru and Ohio, there’s no need to leave New York state, or even the Adirondack Park.

Those are a few of the communities off the beaten paths listed in a book that is encouraging people to visit all 102 towns and villages within the blue line.

What's Inside The Book

“Most people who visit the Adirondacks visit one particular area. For eight years I wondered if I might be able to duplicate for the Adirondacks what Dr. Peach did for Vermont.

“Then, in December 2013 I spoke at an Adirondack Association of Towns and Villages (AATV) and proposed the idea of starting the 102 Club for the Adirondacks. The AATV liked the idea and encouraged me to contact the town supervisors and mayors for their help.

“I asked each town and village for someone to write a short description highlighting the town or village’s location, history and interesting places to visit. By June 2014, 108 representatives including, historians, supervisors, assessors, chambers of commerce, and residents replied with descriptions.”

“By getting their Passport and Guide  Book signed or stamped by a resident or business, they also get to know the friendly locals and be able to ask such questions as where is a good place to eat or an interesting local attraction? In this way they will get to know the real Adirondacks,” Martin Podskoch said in an e-mail to the New York History Blog.

“There are no rules or requirements to be a member. No documents to turn in. One may keep a journal in addition to this book on the quest. There is no membership fee, just a desire to experience the whole Adirondack region. Adults and children of all ages can be members. What a great adventure for families, grandparents and their grandchildren, or by oneself. Most members will travel by car while others might use a bike, motorcycle, walk, or maybe a canoe!”

If you enjoy the Adirondack 102 Club, then check out The Connecticut 169 Club: Your Passport and Guide to Exploring CT 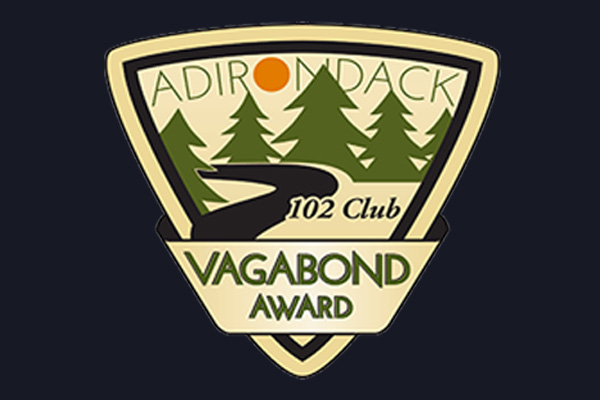 Once a member of the Adirondack 102 Club has reached their goal of visiting all 102 towns & villages in the Adirondacks they will then become a “Vagabond” member.

“‘Vagabonds’ is how Thomas Edison, Henry Ford, Harvey Firestone & John Burroughs described themselves when they took automobile camping trips in the Adirondacks and other sojourns throughout America to get away from their busy lives. Each man contributed his skill: Edison ‘navigator,’ Ford ‘mechanic,’ Firestone ‘organizer’ and Burroughs the ‘naturalist’,” Podskoch said. “A caravan of cars & trucks carried the “Vagabonds,” workers, a cook, camping equipment & a chuck wagon. Ford organized contests, such as sprints, tree climbing, and tree chopping. After dinner they relaxed by the campfire discussing issues of the day. Each Vagabond had his own tent with electric lights. They traveled through the Adirondacks twice. In 1916 they camped near Saratoga Springs, Indian Lake, Elizabethtown, Ausable Forks, Paul Smiths, and Plattsburgh. In 1919 they picked their spots as the day allowed: Loon Lake, Long Lake, Lake Placid and Plattsburgh. The Vagabonds were the source of many news stories and their trips led NYS to build campsites to encourage auto camping.”